One year ago, we realized the dominant Harvard Tau method has to be removed after so many rejections it caused. The reasons of rejection are “priority is not high enough”, “the Harvard Tau method is better”, “this is between Dr JD Thomas and you”…So,

The Harvard method of Tau calculation is incorrect

Early this year, Dr JD Thomas co-hosted the ASE Echo Hawaii 2020. We raised this Tau issue after lest it had any negative effects to this great event. Thereafter, we had asked several dozens of times the Harvard Tau had to be addressed formally. No reply.

Dr JD Thomas, could you let us know what you are waiting for?

1.     Do you still think your formula is correct? We can debate this if that is the issue. Silence is not gold, it is kind of hit and run.

2.     Early this year, JACC had a special issue about non-invasive assessment of DF. You were invited due to your celebrity ship but you did not mention your Tau formula. Weird! Tau is well accepted as the best index to describe DF. If you were planning to give up your formula, why you were selling it again in Dr AL Klein’s new book, Diastology?

3.     If you realized the theory is wrong, please formally address it. It leads to nowhere and any project based on it is a waste of time, energy, money, animals, and even human beings…also, it suffocates the other Tau research. We are the victims.

4.     Everyone makes mistakes, especially during scientific investigation. It is OK. Yet, verification of incorrect theory needs manipulation of data. It is not OK, though pretty epidemic in biomedical research. On top of that, purposely covering up will make a scandal.

5.     The best time to cut the losses is now. Please take a look at my personal website viewers distribution. 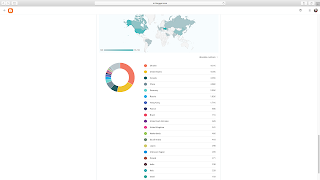 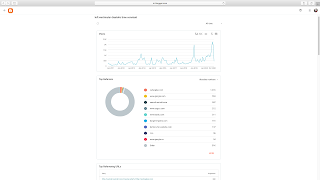